The new article Evidence from Urban Roads without Bicycle Lanes on the Impact of Bicycle Traffic on Passenger Car Travel Speeds published in Transportation Research Record, the Journal of the Transportation Research Board, demonstrates that bicycles do not significantly reduce passenger car travel speeds on low speed, low volume urban roads without bicycle lanes. Authored by Jaclyn Schaefer, Miguel Figliozzi, and Avinash Unnikrishnan of Portland State University, the research shows that differences in vehicle speeds with and without cyclists were generally on the order of 1 mph or less – negligible from a practical perspective.

A concern raised by...

In the past decade bike and pedestrian count programs have sprung up all over the United States, gathering data to evaluate biking and walking infrastructure. However, these modes have not been studied with the quantitative rigor applied to motor vehicle travel. A research project funded by the National Institute for Transportation and Communities (NITC), led by Nathan McNeil of Portland State University (PSU), offers a method for monitoring the quality of this bike-ped count data.

"There has been an effort to...

When buses and bikes share space, it's complicated. Not only are there safety risks for cyclists, but also potential delays in bus service and stressful navigation for bus operators. The quest to increase bus speeds—and plausibly...

If Bikes Could Talk: Would Connected Vehicle Tech Get More People Riding?

How Technology Can Affect the Demand for Bicycle Transportation: The State of Technology and Projected Applications of Connected Bicycles
John MacArthur, Portland State University

What if your bicycle could warn you that a car is coming from a side street you can't see? Or let you know that your front tire is getting a little low, or that you're approaching a pothole that wasn't there yesterday? A NITC research project led by John MacArthur of Portland State University explores how connected vehicle (CV) technologies could encourage an increase in bicycling. As CV technology moves forward in the rest of the transportation system—with buses and connected streetcars requesting early green lights from the traffic signals, and cars chatting with each other about their locations and trajectories—there may be...

Researchers at Portland State University, University of Texas at Arlington, University of North Carolina at Chapel Hill and Toole Design Group are conducting a scan to identify locations where bicycle counts are taking place around North America, and hope to enlist your help! If you collect bike count data (or oversee counts) in your jurisdiction, please consider taking our quick survey to tell us a little bit about your count locations and data.

The survey can be accessed here: tinyurl.com/BikeCounterScan

Portland, Oregon's 2035 Comprehensive Plan calls for “City Greenways” - a citywide network of park-like streets focused on moving pedestrians and bicycles safely. Such a connected network of safe, welcoming active transportation options could have significant benefits for residents—but which residents?

Benefits of bike and pedestrian infrastructure include environmentally sustainable transportation, livability, and improvements in economic development and public health. While these outcomes are well documented, it is also known that both transportation and environmental amenities are typically unevenly distributed in the urban context....

The National Institute for Transportation and Communities (NITC) is soliciting proposals for our two 2018 Pooled Fund projects: 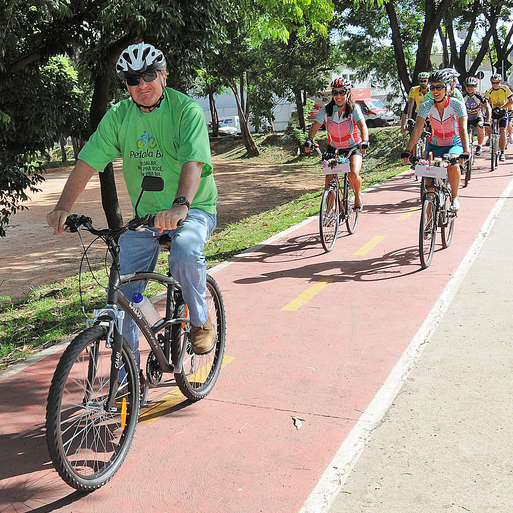 This project will address the need of cities and municipalities to combine bicycle data from different sources (such as manual counts, automatic counts, and crowd-sourced data from apps such as Strava) to assess an accurate accounting of bicycle traffic on a network. Current work on data fusion techniques is limited and additional research is needed to fully understand the choice of weighting techniques, inclusion of spatial vs. temporal variation in the weighting scheme and exploring other...

Thanks to a new agreement between PSU and BIKETOWN, Portland’s bike share program, current Portland State students may now ride any available BIKETOWN bike up to 90-minutes per day at no cost by signing up for a student membership online.

BIKETOWN is Portland’s city-owned bike share program, which provides 1,000 shared bikes at over 100 stations across downtown and several neighborhoods. The PSU campus is now considered a Super Hub Zone, which means that BIKETOWN bikes may be parked in any public bike rack on the PSU campus without penalty. Previously BIKETOWN bikes could only be parked and locked in BIKETOWN stations and other designated areas or riders would incur a $2 penalty.

Principal Investigator: Jennifer Dill, Portland State University
Project Overview: FTA Manual on Pedestrian and Bicycle Connections to Transit
Learn more about this research by viewing related presentations and download the full manual on the Project Overview page. Hear firsthand from the researchers by tuning in for the webinar on December 4 (recording available post-webinar).

Prepared by TREC, the Federal Transit Administration (FTA) has just released a Manual on Pedestrian and Bicycle Connections to Transit.

TREC Director Jennifer Dill and TREC researcher Nathan McNeil worked with the FTA to develop the manual, a guidebook to creating a robust network for active transportation and transit users.

From defining "access sheds" to linking up transit and bike share, the newly published manual is a rich resource for planners and engineers looking to boost their city's bicycle and pedestrian transit access.

Dill and McNeil built the manual with a special...