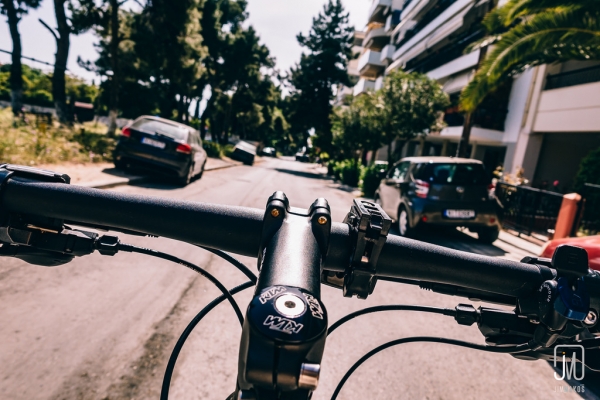 Naturalistic study pinpoints route features that cause stress for cyclists

A new NITC report introduces an important tool for safety analysis: a naturalistic method of data collection that can be used to improve the cycling experience.

Before now, most naturalistic studies (studies where data are collected in a natural setting, rather than a controlled setting) in bicycle safety research have been captured by stationary cameras and haven't followed cyclists along a route.

Safety research in general has advanced significantly through naturalistic driving studies, which gather data from real drivers to illuminate the causes of traffic incidents both major and minor. For motorized vehicles, the U.S. Department of Transportation has been developing portable, vehicle-based data collection technologies since the early 1990s.