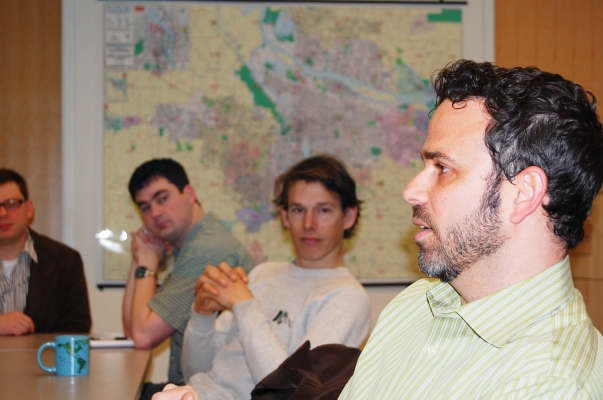 Klein started his tour April 6 in Eugene as an expert in residence with the Sustainable Cities Initiative and LiveMove student group at the University of Oregon. He worked his way up the Willamette Valley with meetings and presentations in Salem and Portland.

On bicycle, Klein toured Eugene’s off-street paths, including pedestrian and bicycle bridges, and the street that will carry the area’s first cycle track.

In lectures in Eugene...