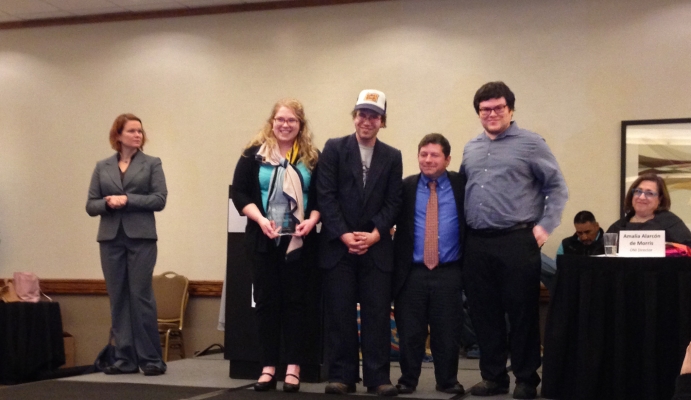 Better Block PDX, a nonprofit dedicated to revatilizing urban spaces, won a Spirit of Portland Award for work on projects including the Better Natio project. Better Naito, which repurposed a lane of Portland’s Natio Parkway to preserve bicycle and pedestrian access, grew out of a Portland State University engineering capstone project in 2015.

Gwen Shaw was then a senior at Portland State. Her work gained the attention of city leaders, with then-Commissioner Steve Novick singling out the quality of the project’s traffic control plan.

It began as a temporary demonstration project, but the city brought back Better Naito in 2016 and left the configuration in place for three months, as reported in BikePortland.

Shaw, who is still involved with Better Block PDX, the experience served as an introduction to transportation. “It’s the most educational experience you can get,” Shaw said.

“You’re meeting with the city traffic engineer and he stamps your report and asks you if you know what the MUTCD is,” she said. “It’s fun to get that experience.”

Shaw built that experience into a profession: she’s now a transportation analyst with Lancaster Engineering... 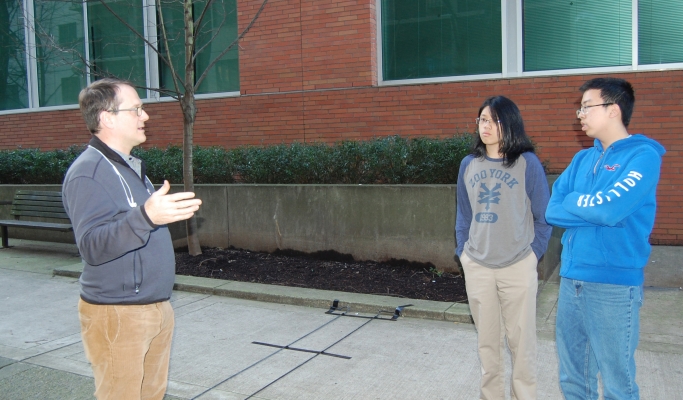 High schoolers get first look at engineering behind transportation system

Students from area high schools explored the sustainable transportation research Portland State University is known for during tours Feb. 11-12. The tours, led by the researchers themselves, were part of the Portland State High School Innovation Challenge competition.

Groups from Grant and Franklin high schools in Portland heard from TREC researchers and got behind-the-scenes looks at the technology behind transportation systems. John MacArthur, Sirisha Kothuri, Alex Bigazzi, Miguel Figliozzi and Krista Nordback shared their research and insights.

Student teams from nine teams will now work on proposals to solve a problem related to this year’s theme, smart cities. The teams work with Portland State student mentors majoring in engineering or computer science. Teams will compete and present their final projects before judges in early April.

Now in its third year, the competition was designed to provide a first look at engineering for high school students, particularly those who previously hadn’t considered the field. The competition focuses on the ways engineering and design can help people and solve real-world problems.