The Transportation Undergraduate Research Fellowship (TURF) program at Portland State University has hosted twenty-four fellows since 2017, and recently wrapped up its summer 2022 session. This year, six undergraduate researchers worked on projects aimed at improving the safety and efficiency of multimodal transportation systems. The research goals ranged from surveying pedestrian count programs and safety performance functions across the country, to reviewing case studies of tactical curb extensions and collecting pedestrian data at intersections.

Hosted by PSU’s Transportation Research and Education Center (TREC), the TURF fellows also experience a variety of workshops with PSU faculty and staff on research, communication and data science skills. They attended the 2022 Forth Mobility Roadmap Conference in June, and participated in networking events with the Portland chapters of YPT and WTS. Here is some of what the students had to say about the experience:

"I enjoyed all of the experiences surrounding my time here at TREC, but I loved the workshops. I especially enjoyed Dr. Golub's workshop around transportation equity, as it was laid-back and invited dialogue. It was an honest, open-ended conversation with someone who had a lot of information to share."

"The Forth Roadmap Conference was eye opening. I participated in an e-bike tour where I learned how to use Biketown and this has been an invaluable resource to me all summer. We spoke to many vendors and learned about Portland's electric buses, how electric vehicle car share programs can benefit low income and BIPOC communities, and successful programs internationally."

"I found Dr. Lubitow's workshop on qualitative and quantitative data really interesting. While I had known the distinction between both kinds of data, the value of this workshop came from our discussion on incentivizing marginalized populations to participate in qualitative data collection through interviews that have incentives like childcare and additional assistance."

TURF is supported by an education grant through our U.S. DOT funded UTC program the National Institute for Transportation and Communities (NITC). Students are selected through a competitive application process, and many go on to do graduate research in transportation and become professionals: 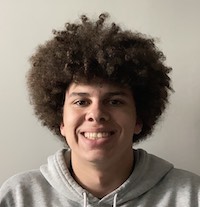 Taj is a 3rd year undergraduate at the University of Oregon majoring in Planning, Public Policy, and Management (PPPM). Taj worked with faculty advisors Hau Hagedorn, Tammy Lee and John MacArthur to compare multimodal facilities on Portland's outer Division St and Powell Boulevard. What began as observing SE Powell Boulevard improvements evolved into a comparison of the Outer Powell Transportation Safety Project (led by ODOT) and the Outer Division Safety Project (led by PBOT). Taj researched solutions to gentrification and ways to mitigate its effects, creating a “toolkit” of best practices ranging from policies to creative initiatives. In the course of this investigation, Taj surveyed both segments and took photos documenting the layout of the infrastructure, facilities and transit access. His work highlighted features of the automobile traffic lanes, bike lanes, sidewalk characteristics and on-street parking and serves to illustrate the different needs and safety concerns that should be addressed in future development. 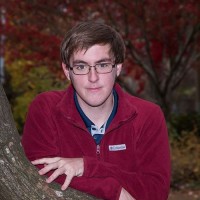 Liam is an incoming sophomore pursuing a major in Urban and Regional Studies at Cornell University with academic interests in transportation economics, land use, and regional development. His first TURF project focus, working with faculty advisors Sirisha Kothuri and Nathan McNeil, was an investigation of surface commuter parking occupancy in Portland's Lloyd District. The aim of the project was to evaluate parking occupancy at ten surface-level Lloyd District lots to determine whether their individual use rose to the 85% occupancy standard used by the City of Portland. In a second project with Kothuri and McNeil, Liam identified locations of tactical curb extensions across the United States. Curb art converting marginal right-of-way into pedestrian spaces is an emerging urbanist practice which several cities have implemented as part of safety and placemaking projects. The goal of this project was to document additional examples, approaches to implementation, and outcomes for safety improvement.

Liam was also part of a team, with fellow TURF researchers Matthew Prak and Jason Grajales, involved in the extraction of pedestrian data using traffic footage from intersections across the state of Oregon. The three of them viewed hours of raw footage from several intersections with pedestrian push buttons, recording data on the pedestrians' behavior in crosswalks. Connect with Liam on LinkedIn. 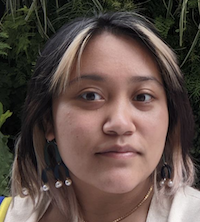 Adri is pursuing a BA in English and Environmental Studies at Lewis & Clark College, and has an academic interest in American literature. She's also seeking to begin an ENVS thesis for Spring 2023 about road trip narratives and the automobile as literary motif in 20th and 21st century American literature. Her TURF project focus, with faculty advisors Hau Hagedorn, Tammy Lee, and John MacArthur, was investigating equitable access in Portland's Division transit corridor. As the population along SE Division Street grows, impacts on traffic and transit also increase. TriMet's Division Transit Project is intended to improve travel between Downtown Portland, Southeast and East Portland and Gresham with easier, faster and more reliable bus service. Adri's work aimed to evaluate potential equity impacts of the transit improvements along this corridor. 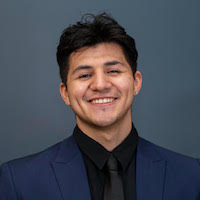 Jason is currently pursuing a degree in Civil Engineering at PSU with academic interests in designing bike infrastructure, affordable public transportation, walkable streets, pedestrian friendly areas, and providing easily accessible diverse forms of transportation for people to utilize. With faculty advisors Sirisha Kothuri and Nathan McNeil, Jason worked on a scan of pedestrian-related safety performance functions (SPFs) around the country. SPFs are statistical models to predict traffic injury, and are one of the tools used to locate high-risk areas prone to crashes. The goal of the research was to find examples of SPFs that are inclusive of pedestrians and account for factors specifically associated with pedestrian injuries. In addition to collecting data in the pedestrian push-button study with fellow TURF researchers Matthew and Liam, Jason also investigated an unmarked crosswalk at the intersection of West Burnside at SW 2nd Avenue, to see if the crossing met the demands to validate installation of a marked crosswalk. After reviewing video data, he determined that the maximum amount of foot traffic received in an hour is eight, which is short of the twenty required by PBOT's regulations to implement a crosswalk. 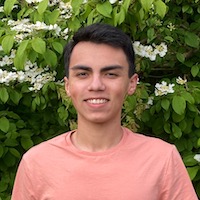 Matthew Prak will be starting his sophomore year at Oregon State University during this upcoming fall. He is majoring in civil engineering and is interested in specializing in the transportation engineering field. In addition to collecting data in the pedestrian push-button study with fellow TURF researchers Jason and Liam, Matthew also worked with faculty advisors Sirisha Kothuri and Nathan McNeil to conduct a scan of existing pedestrian count programs across the nation. He identified 54 unique agencies that have published information online pertaining to their conducted pedestrian counts, with permanent counters and short-duration manual counts as the two most prevalent methods. The primary goals of this project are to understand the current state of pedestrian data collection across the nation and identify resources agencies can use in the future to improve or implement their own programs. Connect with Matthew on LinkedIn. 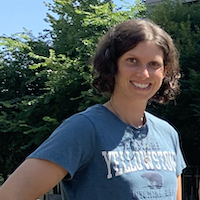 Taylor is majoring in Community Development at Portland State University. Some of her academic interests include permaculture, sustainability, universal design, transport-oriented development, urban design, and affordable housing. Working with faculty advisors Hau Hagedorn, Tammy Lee, and John MacArthur, Taylor's primary TURF research focus was evaluating differences between Division St and Powell Blvd in SE Portland. This included making on-site visits to evaluate the functional applicability of designs, and investigating the demographics of the area to show who would be impacted by improvements to Powell/Division from an equity standpoint.

Want to stay updated on the TURF program? Fill out this interest form if you would like to be notified when TURF applications open in the future.