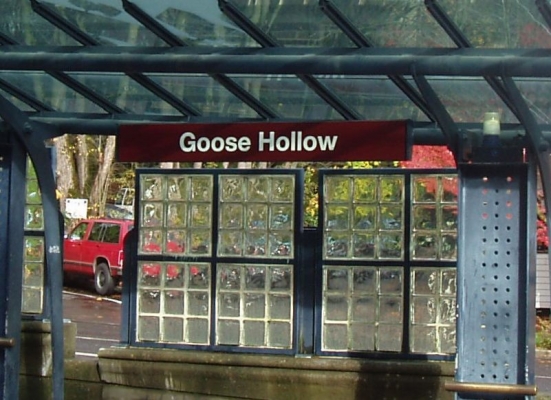 Jun 18, 2014
Five teams of Portland State University seniors worked on projects in the transportation arena, as the final outcome of their Capstone course.
The transportation Capstone projects were completed under the advisement of Dr. Robert Bertini, a professor of Civil and Environmental Engineering at Portland State University and OTREC’s founding director.
Senior Capstone projects in engineering are about more than just technical aspects of design. They are an opportunity for students to meet with clients and consult with professionals, to develop the communication and collaboration skills which will be necessary in future careers.
John Edwards, a student team leader, described the project as a great opportunity. “We learned a great deal about project management and communication in working with professionals,” Edwards said.
In each project, students met with clients under the guidance of faculty to come up with solutions to problems that the clients were facing.

Nohad Toulan’s influence on Portland State University and the wider community can be seen not only in the school bearing his name, the Nohad A. Toulan School of Urban Studies and Planning, but also in the holistic approach to transportation research and education that would help cement Portland’s innovative reputation and shape its transportation center, OTREC.

Toulan, emertitus dean of the College of Urban and Public Affairs, and his wife, Dirce, both died Monday. He was 81 and she was 78.

Toulan helped pave the way for the creation of OTREC by stressing the value of human development, said Robert Bertini, OTREC’s founding director. “Our focus on emphasizing people, on building and encouraging the development of faculty, students and collaborators outside the university, that was directly influenced by the atmosphere created by Dean Toulan,” Bertini said.

Portland State’s Urban Plaza embodies Toulan’s vision of an urban university connected with its city. There, the college’s lessons spill out into a vibrant plaza interwoven with transit and the life of Portland.

OTREC’s—and Portland State’s—reputation for multidisciplinary, collaborative transportation research grew thanks in part to Toulan’s efforts. Toulan extended Bertini, an engineering professor, a joint appointment the College of Urban and Public Affairs. “He said, ‘I need an engineer in my college,’” Bertini... 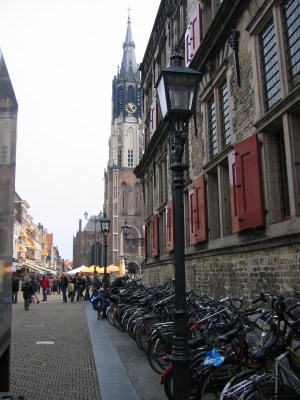 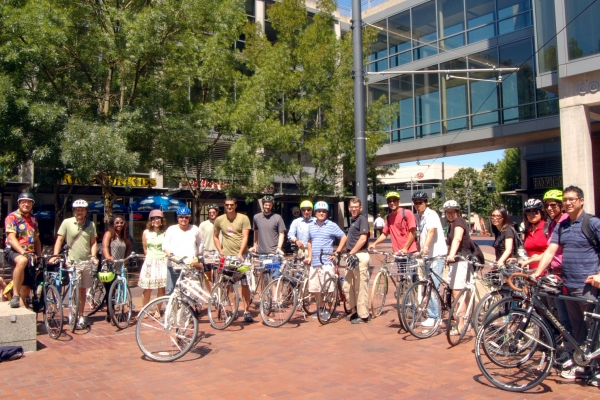 IBPI, or the Initiative for Bicycle and Pedestrian Innovation, is a center for research and learning that is focused on bicycle and pedestrian travel.

Based at Portland State University, the group's aim is to advance bicycling and walking as integral elements of the transportation system in Oregon’s communities. July 24 -26 IBPI hosted a faculty workshop to help transportation professors integrate bicycle and pedestrian topics into their courses.

Aimed at faculty members teaching transportation courses within an accredited planning or engineering program at the university level, the workshop included curriculum, guidebooks, and field trips to gain first-hand knowledge of bicycle and pedestrian facilities in Portland, Oregon.

It was kept small, to allow for discussion and interaction. The workshop's 15 participants were first given the chance to describe the existing gaps in their courses and what they hoped to gain from the workshop, then guided through a two-day series of activities tailor-made to fit their needs.

Their goals ranged from specific to general, requesting ways to incorporate GIS analysis into bicycle and pedestrian courses, suggestions for how to integrate active travel performance measures with typical vehicular performance measures, and generally a deeper understanding of bicycle research. 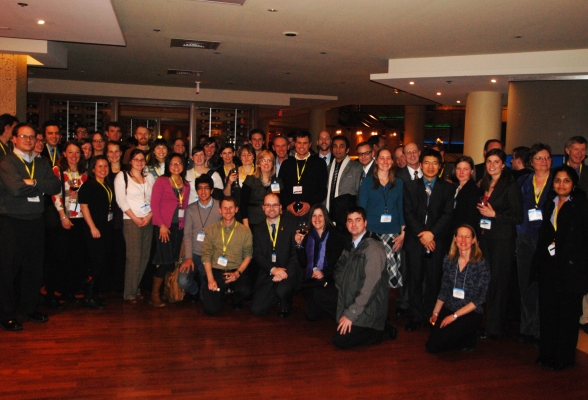 TRB, In Case You Missed It

If you weren’t one of the 10,000 people who attended the Transportation Research Board’s Annual Meeting in January, there are fifty students and twenty faculty for PSU, UO, OSU and OIT who can tell you what they learned there.  OTREC's bright yellow lanyards made our presence especially visible! PSU student Brian Davis blogged about his experience, OTREC’s Jon Makler was interviewed in a local newspaper, and the Oregon “delegation” at the conference was covered by both local and national blogs. Team OTREC filed some daily debriefs, highlighting presentations on topics such as federal stimulus investments in Los Angeles and Vermont’s efforts to address their transportation workforce crisis with returning military veterans (as well as the...

Robert Bertini, OTREC Director, has been appointed to the post of Deputy Administrator for the Research and Innovative Technology Administration (RITA). He has left an indelible mark in Oregon from creating the Intelligent Transportation Systems Lab to launching the transportation seminar series at Portland State University. The ITS Lab currently supports 30 students and over $4.5 million of transportation research. Over 200 seminars have been offered to date. Most recently and significantly, he was paramount in establishing the Oregon Transportation Research and Education Consortium (OTREC). With his leadership and vision, the Consortium currently has funded over 100 research, education and technology transfer projects and supporting the work of over 80 faculty.
Rob was promoted to Professor of Civil and Environmental Engineering and Urban Studies and Planning in 2008, and has been an incredible mentor to other faculty and students during his time at PSU. He is well respected internationally for his notable work on ITS, traffic flow theory, and transportation systems (to name a few). His tireless work, vision, leadership, and ability to inspire collaboration will surely be missed! See the story in the...