In 2022, a PSU Master of Urban and Regional Planning (MURP) team made headlines with their strategies to improve safety for houseless pedestrians. Cities across the U.S. are facing alarming increases in traffic fatalities, especially among the number of pedestrians who are struck and killed by drivers. In 2021, 70 percent of all pedestrian fatalities in Portland were of people experiencing houselessness. The MURP team Street Perspective, made up of Peter Domine, Nick Meusch, Asif Haque, Angie Martínez, Sean Doyle, and Meisha Whyte, investigated how to reduce the risk of being hit and killed specifically for unhoused people.

As the Portland Bureau of Transportation (PBOT) is updating the city's Vision Zero Plan, the team provided PBOT with recommendations to reduce the risk of pedestrian fatalities among the city's vulnerable houseless communities. 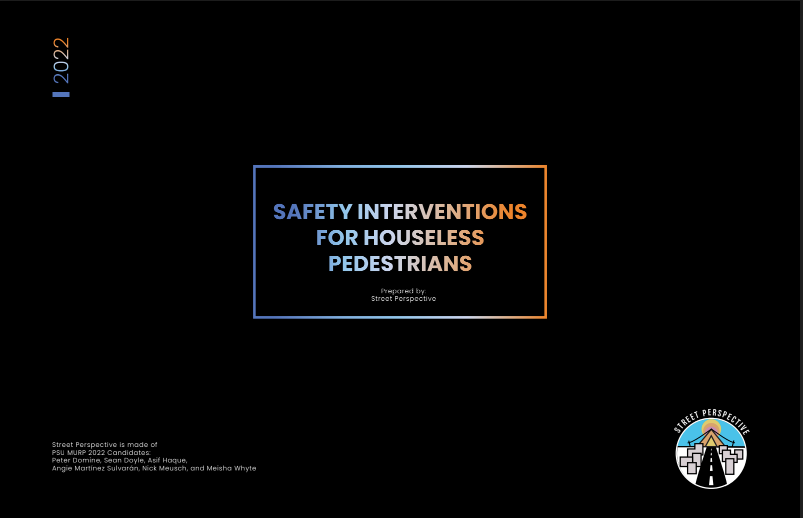 "A disproportionate number of unhoused pedestrians are being killed in car crashes across America — and protecting this uniquely vulnerable group will require a set of strategies that both include and exceed even the conventional street safety playbook... To understand how Portland could do a better job of protecting houseless people from traffic violence — and perhaps chart a model for analysis other communities could follow — the Portland State researchers conducted dozens of interviews, in addition to performing spatial analysis on fatal crash sites that sat within 250 feet of both 1) a reported campsite for unhoused people, and 2) a segment of the city’s High Crash Network, where most of Portland’s vehicle collisions occur," Kea Wilson of Streetsblog USA wrote about the team's work.

BikePortland covered the project as well, focusing on Portland and the city's history of approaches to dealing with houseless individuals and communities. Journalist Taylor Griggs described the team's strategies to reduce crashes near homeless camps as "promising." 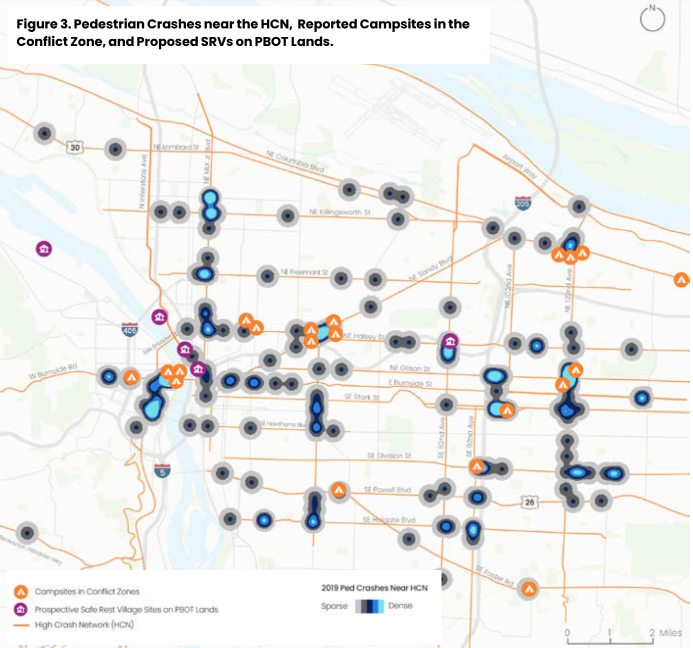 The PSU Master of Urban and Regional Planning (MURP) program is known for its workshop projects. For the last two quarters of the program, students work on community-based, client-focused projects. This provides students with the opportunity to work in teams on real-world problems for community clients. Learn more about the MURP program.