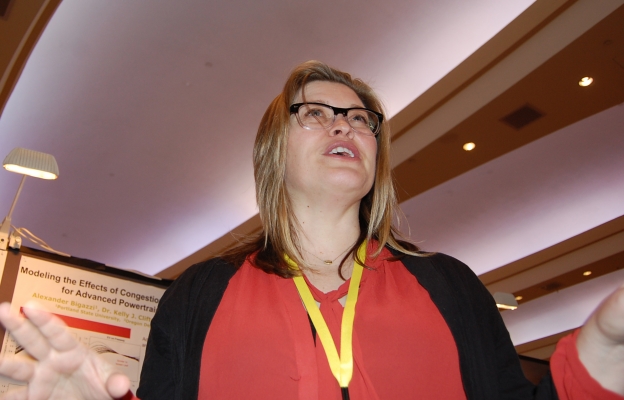 “It’s a Band-Aid to temporarily adjust (the rates) until we come up with something better,” Clifton said.

To be fair to ITE, the trip generation rates never were intended for downtown settings served by public transportation, Clifton wrote in the paper. Instead, the handbook recommends that analysts set local rates for urban areas by collecting local data.

That, of course, takes more time and money than simply using an inaccurate method, as many agencies have done. Clifton’s “Band-Aid” would adjust the rates to better fit other contexts.

Using the suburban-slanted ITE trip-generation rates can derail many urban planning objectives, Clifton said, by overestimating vehicle trips. And that means making way for more cars: widening roads, adding parking and addressing congestion when none of those approaches may be warranted or wanted.

An adjustment can address those concerns during a transition to a better system, Clifton said, recognizing that agencies are hesitant to abandon ITE rates for something new and unfamiliar.

As Sam Zimbabwe with the District of Columbia Department of Transportation said Monday, even unreal numbers create political realities for residents and decision makers, realities the officials need to address.