The Ann Niles Active Transportation Lecture, first established by an endowment from Ann Niles in 2011, is a unique opportunity to bring world-class thinkers on pedestrian and bicycle issues to Portland State University (PSU) and the active transportation community in the Portland metro region. The annual lecture serves as a legacy to Ann Niles who was a strong advocate for livable neighborhoods and safer pedestrian and bicycle infrastructure, and served on many transportation-focused boards and committees in Portland. The forum furthers the mission of our Initative for Bicycle and Pedestrian Innovation (IBPI) program to facilitate the exchange of knowledge among scholars, practitioners and community advocates around issues of active transportation. The Ann Niles speakers offer a fresh perspective and driving passion for safe, healthy, and sustainable active transportation. By promoting dialogue across disciplines and interests, this lecture series supports PSU's mission to "let knowledge serve the city."

Due to COVID-19 and campus safety, we were not able to host our annual Ann Niles lecture in 2020. We hope to return in 2021 with this celebrated lecture series. 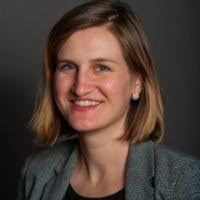 Angie Schmitt is the editor of Streetsblog USA. Streetsblog is a daily news site that connects people to information about how to reduce dependence on cars and improve conditions for walking, biking, and transit. Since 2006, their reporters have broken important stories about efforts to prevent pedestrian injuries and deaths, build out bicycle networks, and make transit more useful. Angie has been reporting on the movement for sustainable transportation for nine years and is a frequently cited expert. She is currently writing a book about the pedestrian safety crisis, to be published in 2020 by Island Press. Angie holds a degree in urban planning and lives in Cleveland, OH with her husband and two young children.

Watch a video of the 2019 lecture, or read BikePortland's recap of the lecture. 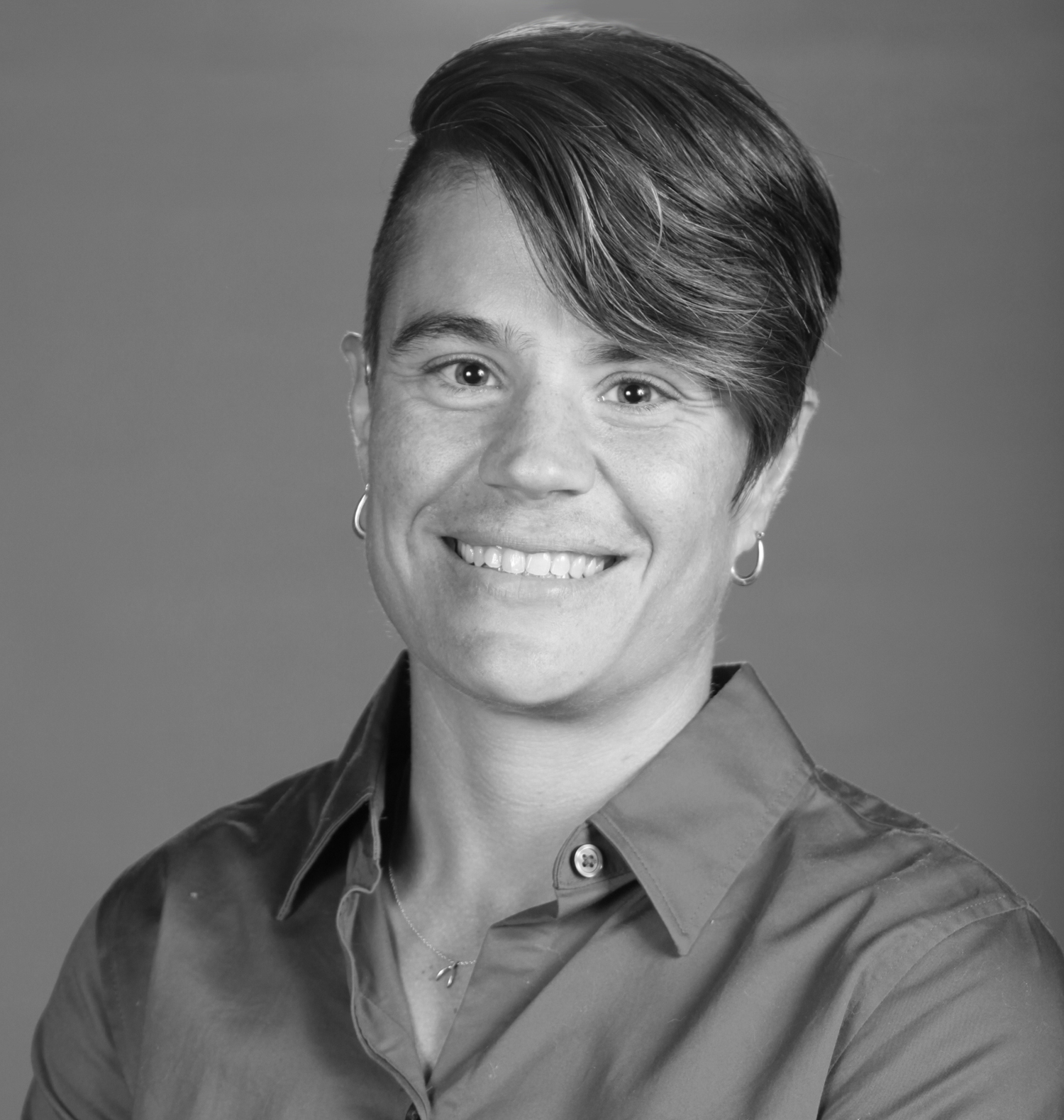 Elise Roy is a deaf human centered designer, former lawyer, and motivational speaker who works in the vanguard of the disruptive innovation movement. She is a passionate proponent of the notion that when we design for disability, we often develop solutions that are better than when we design for the norm. A highly skilled public speaker, she has given talks at Microsoft, the U.S. Institute for Peace, the United Nations, and the World Bank. Her TEDx talk, "When we Design for Disability, We All Benefit," has over 1.2 million views. Elise’s deafness has always given her a heightened awareness of how profoundly design shapes the social, emotional and physical environment and this led her to study human-centered design in Maryland Institute College of Art’s (MICA) Social Design program. She completed a master’s degree with a thesis that investigated the barriers that exist for individuals with hearing loss in the fabrication technology and design realm. In 2016 Elise founded Elise Roy & Associates, a social enterprise that helps organizations analyze problems from the vantage point of people with disabilities to disrupt markets and industries. The organization is founded on the notion that when we design for extremes we come up with better solutions than when we design for the norm.

Learn more about Elise Roy, and the read a recap of the 2018 lecture. 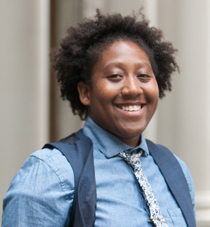 Tamika Butler, executive director of the Los Angeles Neighborhood Land Trust, delivered the 2017 Ann Niles Active Transportation Lecture. She is an advocate and activist who works in support of LGBTQA rights, as well as fighting for social justice and healthy communities. Her message was about empowering historically marginalized communities. She moved to Los Angeles from Omaha, Nebraska, and became interested in active transportation when she met her wife. It was on bike rides that she fell in love with the city. Uniquely positioned as a queer black woman to understand what marginalized people experience every day, she brought passion, energy and intersectionality to the quest for better bicycle access as the executive director of the Los Angeles Bicycle Coalition. In her new role with the L.A. Neighborhood Land Trust, she continues to help address social and racial equity through building parks and gardens in park-poor communities across Greater Los Angeles.

Learn more about Tamika Butler, or watch the video of her 2017 lecture. 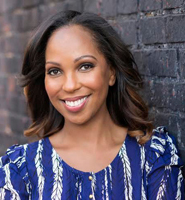 In 2016, the lecture was given by Vanessa Garrison, CEO and co-founder of GirlTrek, the largest public health nonprofit for African-American women and girls in the United States. GirlTrek has mobilized more than 100,000 black women and girls since 2011 to start changing their lives and their communities for the better. With nearly 100,000 neighborhood walkers, GirlTrek encourages women to use walking as a practical first step to inspire healthy living, families, and communities. As women organize walking teams, they mobilize community members to support monthly advocacy efforts and lead a civil rights-inspired health movement. Garrison's lecture wove together elements of social justice, passion for change, and the drive toward a healthy, fulfilling lifestyle.

Learn more about Vanessa Garrisone or read a recap of her 2016 lecture.

2015 - Seleta Reynolds of the Los Angeles Department of Transportation 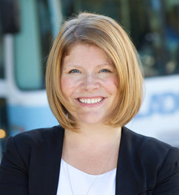 Seleta Reynolds of the Los Angeles Department of Transportation delivered the 2015 Ann Niles Active Transportation Lecture. Reynolds, the head of a 2,000-employee department, offered a perspective on striving for equity in a huge, diverse city. Despite its reputation as a city built for automobiles, Los Angeles has made huge strides toward promoting active transportation and transit. In a diverse city with a unique land use and transportation system, however, serving all residents poses a challenge. Heading an ambitious plan that included doubling the number of people riding bikes, Reynolds encountered issues such as nurturing a walking and cycling culture in low-income communities and making sure the wave of transportation technology doesn’t leave some groups behind.

Learn more about Seleta Reynolds or review her 2015 lecture presentation. 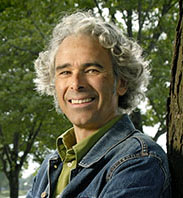 The inaugural Ann Niles Active Transportation Lecture was given in 2013 by Jean-François Pronovost, vice president for development and public affairs at advocacy group Vélo Québec. One of the most notable projects for Vélo Québec is La Route Verte (The Green Route), a 5,000-kilometer-plus bicycle route across Canada's largest province. La Route Verte crosses rural areas, towns and cities and incorporates all types of bikeways. The route got its start in 1992, when Pronovost was organizer of the Velo Mondial conference. There, Vélo Québec presented a vision and plan for what cycling could be at the turn of the century. The efforts paid off in 1995, with the provincial government investing $88.5 million and tasking Vélo Québec to plan and build the route. La Route Verte is now the most extensive bike route in North America.

Learn more about Jean-François Pronovost, or review his 2013 lecture presentation.