This isn’t a big surprise, but women were less likely to bike than men, 21% vs. 31% (Figure 1). And the gender gap is for both transportation and exercise riding. There’s also a generational gap. Only 14% of the Silent/Greatest Generation rode, compared to 21% of Baby Boomers, 28% of Gen Xers, and 26% of Millennials. You might have expected those millennials – known for not driving – to be biking the most. They do for transportation (13%), but the Gen Xers seem to be biking more for exercise. 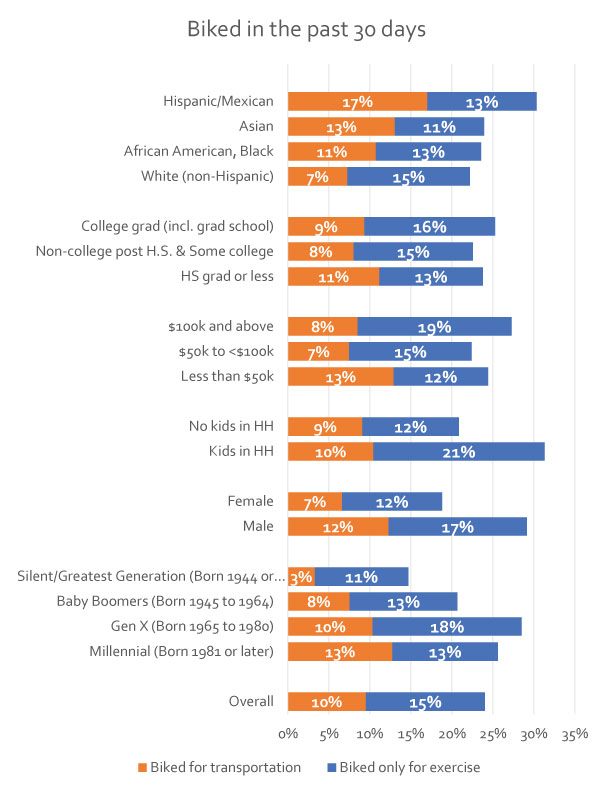 Figure 1: Biked in the past 30 days (of those who are physically able and know how)

3.    There are racial and income differences as well. 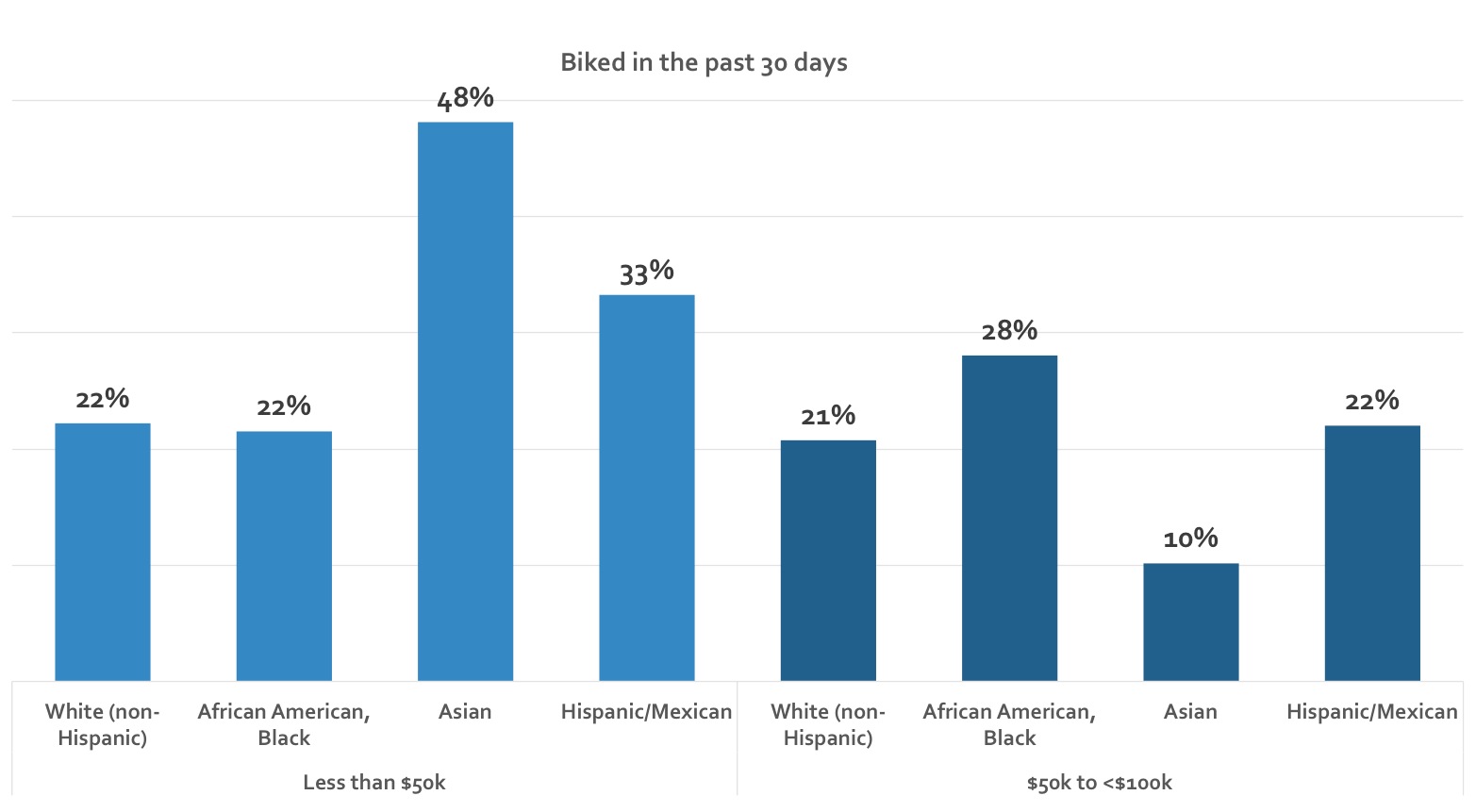 Figure 2: Biked in the past 30 days (of those who are physically able to and know how) by Race/Ethnicity and Income

Much of my research has shown that attitudes towards bicycling are an important factor in whether people bike for transportation. Overall, people were more likely to agree that they “like” walking and driving more than riding a bike. Millennials and GenXers are most agreeable, and the Silent/Greatest Generation really doesn’t like riding. 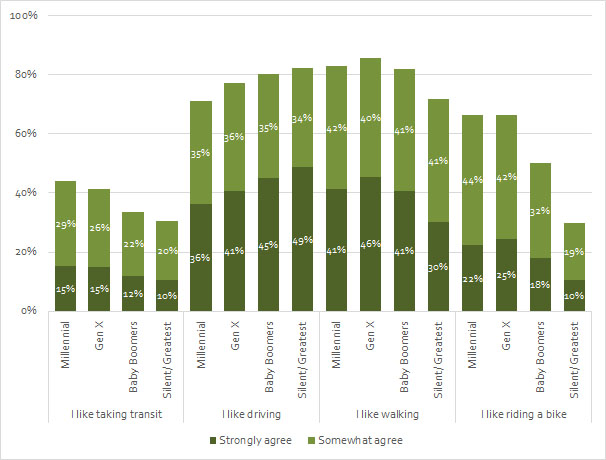 5.    What keeps people from biking more.

Our dispersed land use patterns are a key factor keeping people from biking more. About half of the respondents (who can ride a bike, but either do or don’t), said that the places they need to go are too far to bike. Large shares also don’t feel safe because of traffic and say there are too few bike lanes or trails. 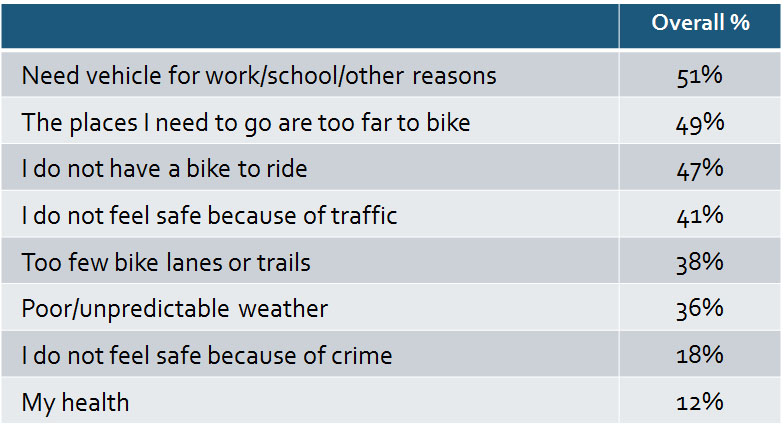 Almost half of the respondents said that not having a bike to ride was a reason they don’t bike. Obviously having a bike is linked to liking bicycling and wanting to ride, but this is a large share of the population with a pretty big barrier to riding. There were some differences between groups. Who’s less likely to have a bike? Women, people without kids, lower income adults, non-whites, and the oldest adults. Expanding bikesharing to more economically- and racially-diverse neighborhoods might help, and we’re starting a research project looking at that. 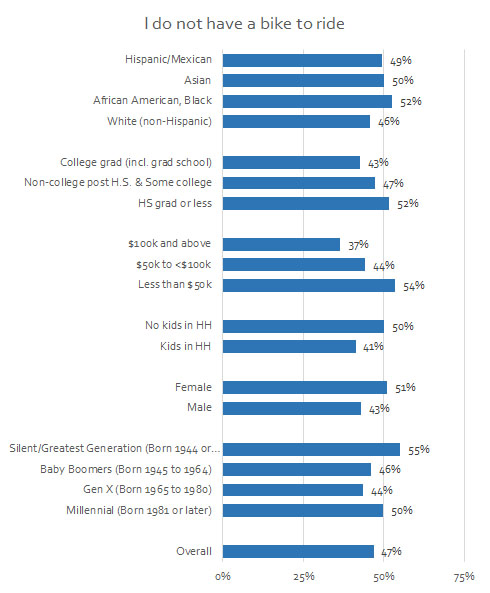 Figure 4: I do not have a bike to ride, by demographic groups

Those white stripes we’ve been installing on the side of major roads everywhere don’t seem to do it for most people. Only 13% of the adults said they would feel “very comfortable” riding a bike on a major street (4 lanes, 30-35 mph, on-street parking) with a striped bike lane. Contrast that with 31% who would feel very comfortable if that lane was “physically separated from traffic by a raised curb, planters, or parked cars.” Our study of such lanes in five cities shows some of the benefits of these lanes. 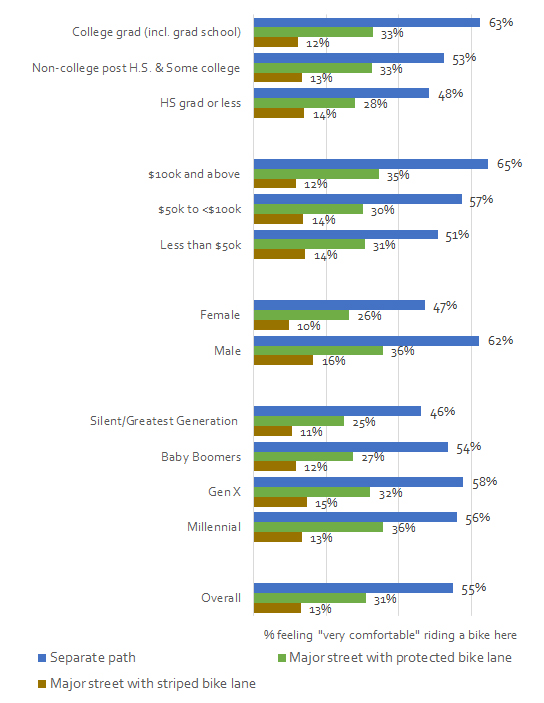 These are just a few highlights. I’ll continue exploring the data in more depth over the coming months. We have two webinars scheduled about the survey. On August 5 we’ll discuss the overall findings. On August 11, I’ll talk about the “four types of cyclists” using this new national data.