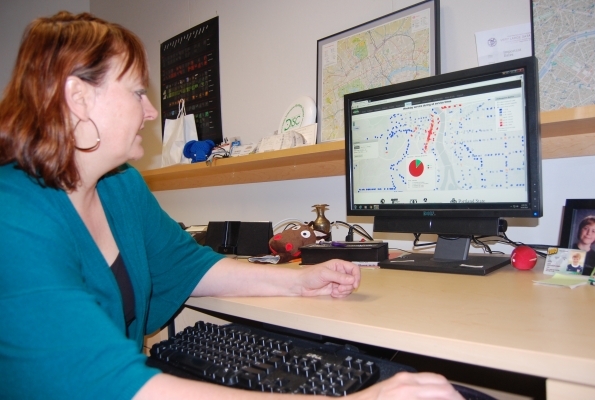 Kristin Tufte, the director of TREC's Portal transportation data archive, displays a transit-service visualization from Portal. New support for Portal will make more of its multimodal data available and accessible for users.

Founded to collect the transportation data created by agencies across the region, Portal had done its job almost too well. The data archive, a program of TREC, had taken in more data than it could make available.

Its budget didn’t grow proportionately, however, leaving Portal less able to make use of the data it collected. Portal’s $125,000 in regional transportation money just kept the system running, said Portal director Kristin Tufte. “It was enough money to keep the lights on,” she said.

Given Portal’s potential to help agencies improve operations and researchers to address systemwide issues, that wasn’t enough. The information had to be accessible to make a difference.

A boost in support for Portal is helping to make that possible. With a grant from the Institute for Sustainable Solutions at Portland State, TREC hired a Portal programmer this year to present the data visually.

Though key to Portal’s future, that was only the first step. TREC set to leverage the grant, asking the Metro regional government’s Transportation Systems Management and Operations program to increase its commitment to Portal as well.

In mid-March, the program’s advisory committee announced that it would fund Portal at $200,000 per year, part of $4.6 million awarded for three years of projects around the region.

“Given both the tremendous need to upgrade Portal and the tremendous value of the data, we knew we’d have to make the most out of the ISS support,” said Hau Hagedorn of TREC. “This additional investment brings Portal a long way toward realizing its potential.” 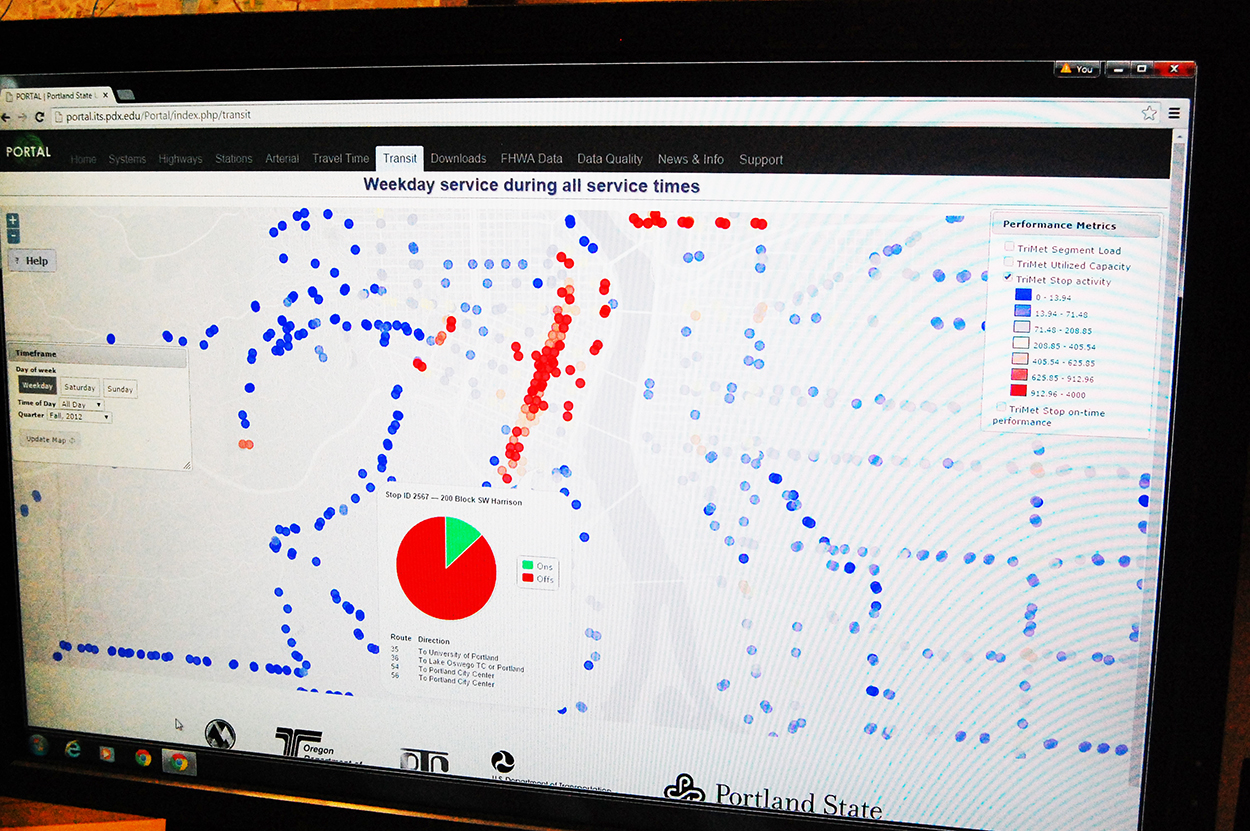 The money will help toward visualizations that put data within reach of transportation agencies, policymakers, researchers and the general public. “Getting the data is nice,” said Portal’s Tufte, “but we’re really getting the ability to make it available and make it useful for users.”

Those visualizations can make a huge difference for users, Tufte said. Instead of sending Tufte requests to query the database, users can see data themselves in a chart or graphic that allows them to spot an anomaly in an instant.

Visualizations also make it easier to communicate travel-time reliability. “Somebody could come to the site and look at their commute to see if it’s getting better or worse,” Tufte said.

For the first time, Portal will present data from Portland’s central traffic signal system. Those data had been accessible only to a few “power users” able to run complex database queries.

Tufte has outlined tasks the increased funding level could allow Portal to accomplish over the next several years. These include:

The new funding gives Tufte an opportunity to not only get through a backlog of needed upgrades, but to explore innovative, cutting-edge uses for the database in the future. “This really makes a lot of things possible,” she said.