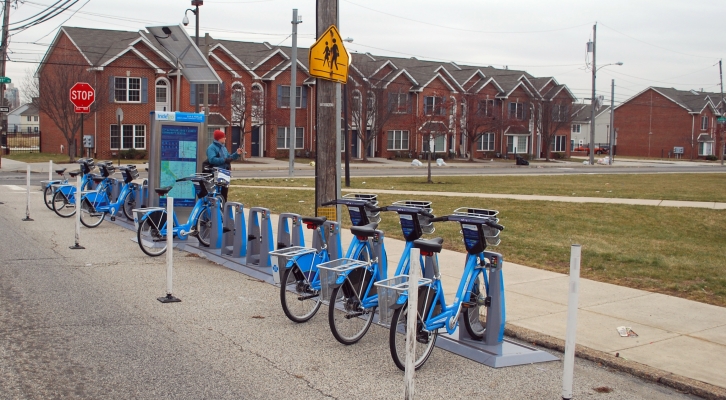 Also check out this series of articles about the project from our partners at Better Bike Share Partnership:

Evidence has shown that higher-income and white populations use bike share systems more than people of color, lower-income, female, older, and less-educated groups.

In an ongoing study, Breaking Barriers to Bike Share, researchers are attempting to identify the reasons behind this disparity and possible solutions to make bike share work better for everyone. The newest report to come out of the study is a survey of residents of underserved communities.

A summary report provides an overview of the findings from the resident survey.

The study is sponsored by The National Institute for Transportation and Communities (NITC) and the Better Bike Share Partnership: a collaboration between the City of Philadelphia, Bicycle Coalition of Greater Philadelphia, the National Association of City Transportation Officials (NACTO), and PeopleForBikes, made possible by The JPB Foundation. The project is aimed at increasing bike share participation among underserved populations.

In the survey, people of color and lower-income residents cited more barriers to bicycling in general than higher-income white residents did.

Arguably, the people least served by bike share are the ones who could stand to benefit most from it. Half of the low-income people of color who responded to the survey didn’t have a driver’s license, and only 17 percent owned a bicycle. Bike share could make a big difference in their ability to get around.

For both higher- and lower-income populations, concerns about traffic safety were the biggest barrier to biking for transportation. For lower-income people of color, concerns of personal safety—like the fear of being harassed or the victim of crime —were also a barrier.

The survey revealed that cost and liability were important barriers to using bike share. Low-income residents reported that the cost of membership and the concern of being liable if something happened to the bicycle were factors that kept them from using bike share.

Another set of barriers relates to a lack of knowledge: only 31 percent of all respondents knew the details of the about the availability of a reduced-price membership or pass option, and 34 percent of lower-income respondents of color said that not knowing enough about how to use bike share was a big barrier to using it.

Many also felt that needing to use a credit card or a smartphone was a barrier to using bike share. Even when a system doesn’t require a smartphone, having one can make it easier to locate stations and to check whether bikes are available.

Despite many barriers, the survey responses indicated that the majority of residents generally had positive attitudes about bicycling and bike share. Most—74 percent—of the lower-income people of color who responded to the survey agreed that their city’s bike share system is “useful for people like me.”

If bike share system operators could address the cost and liability concerns, and increase people’s knowledge about bike share through marketing, education and outreach, there appear to be many more people who would be interested in taking advantage of the service.

An earlier report from this study contains findings from a survey of bike share system operators and their efforts to address equity concerns.

For more details, visit the project page or download the final report.