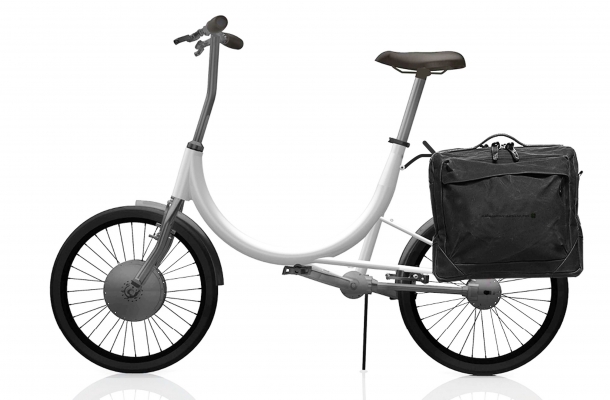 Even as Portland racks up bike-friendly honors, ongoing research at Portland State University is shedding light on a new travel option that promises to get even more people on two wheels. Electric-assist bikes, or e-bikes, could hold the key to increasing cycling, particularly among women, older adults and people with physical limitations.

Portland State researchers Jennifer Dill and John MacArthur are exploring people’s perceptions and attitudes toward e-bikes and evaluating their use to see if these bikes encourage new cyclists. This spring, they’re loaning out locally made, GPS-equipped e-bikes to 120 people to learn about people’s actual experience using the bikes, marking the first time such research has been done in the country.

The research also includes a survey on e-bike use, which will help others understand the potential market. People who have ridden e-bikes can participate in this research by taking the survey at tinyurl.com/e-bike-survey.

E-bike use is increasing in North America, with many people switching from private cars and others using e-bikes to keep cycling as they age or after an injury. Increased use brings increased scrutiny, and efforts are already underway to limit where e-bikes can go and who can ride them. Many states require e-bike riders be licensed, set age limits or both.

Some local regulations prohibit e-bikes on bicycle and pedestrian paths. The city of Toronto, Canada, for example, has decreed that e-bikes can’t be used on any multi-use paths or in bicycle lanes.

The research is one of several e-bike efforts at Portland State. Dill, with Geoffrey Rose of Monash University, had a recent paper published in Transportation Research Record finding that e-bikes may help overcome barriers to bicycling for all types of riders. E-bike owners said the bikes let them travel with ease over longer distances and over hills and to arrive less sweaty and tired.  MacArthur is also working on a project providing Kaiser Permanente with 30 folding e-bikes to see how employees use e-bikes with transit to get to the health-care company’s campuses.

More information on the research is at https://nitc.trec.pdx.edu/research/project/564.

If you are interested in participating in this project, please email John MacArthur at macarthur@pdx.edu to get your name added to the list. The study will take place from July to October, 2013.