TREC researchers have a broad knowledge of active transportation design principles. We host annual bikeway design workshops which draw professionals from all over the globe, and research from the TREC team has informed NACTO’s Urban Bikeway Design Guide, FHWA’s Bikeway Selection Guide, the FTA’s Manual on Bicycle and Pedestrian Connections to Transit, the FHWA’s Strategic Agenda for Pedestrian and Bicycle Transportation and many other design guidebooks. 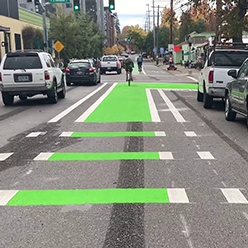 Protected bike lanes are becoming increasingly common around the United States, yet there is little guidance for how to extend the protected lanes through one of their most dangerous links: the intersection. Led by Chris Monsere and Nathan McNeil of Portland State University in collaboration with Toole Design Group, this project offers contextual guidance for designing intersections that are comfortable for cyclists. Safety and perceived comfort are the two key considerations for cities attempting to build connected low-stress networks, given the positive correlation between perceived comfort and ridership. Importantly, comfort scores for the "Interested but Concerned" group of cyclists suggest only the separated bike signal phase and "protected intersection" (aka bend-out) as recommended designs

Learn more about the recommended intersection designs for bikeways. 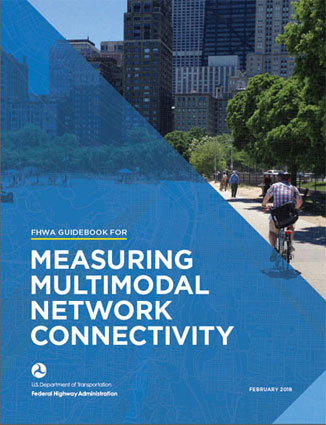 In 2018 the Federal Highway Administration issued a new guide, Measuring Multimodal Network Connectivity (PDF). TREC researchers contributed to the guidebook in partnership with Alta Planning + Design and ICF. The guide provides information on incorporating connectivity measures into state, metropolitan, and local transportation planning processes.A growing body of research points to the key role of high-quality, connected networks in making bicycling and walking safer, more convenient, and more prevalent. The guidebook outlines five core components of pedestrian and bicycle network connectivity, including network completeness, network density, route directness, access to destinations, and network quality. The guide provides a step-by-step framework for selecting and applying connectivity measures to help make decisions that are grounded in a comprehensive vision, supported by clearly defined goals and measurable objectives. It includes references and illustrations of current practices, including materials from five case studies conducted as part of the research process. 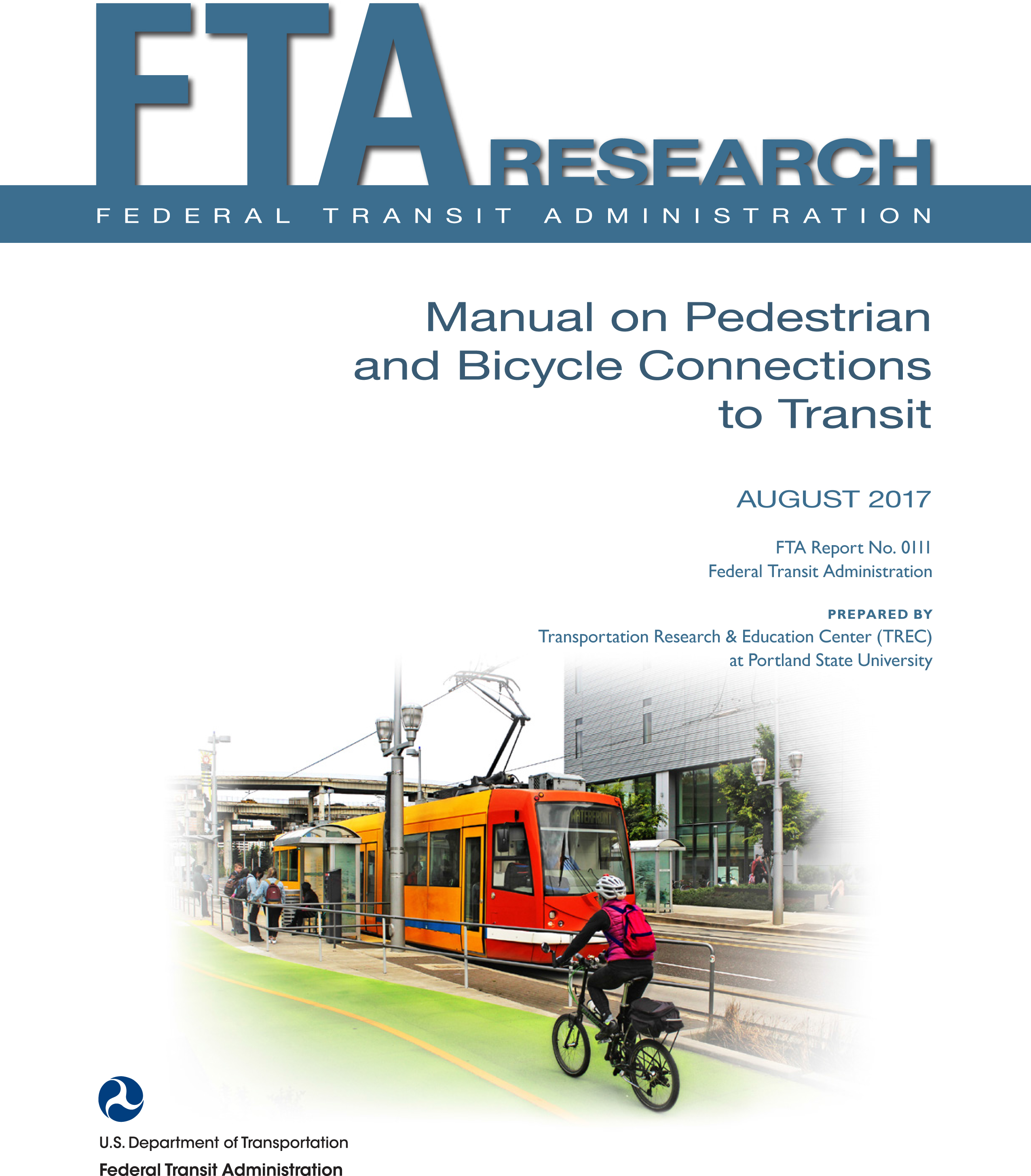 Lessons from the Green Lanes: Evaluating Protected Bike Lanes in the U.S. (2014)

Lessons from the Green Lanes.jpeg 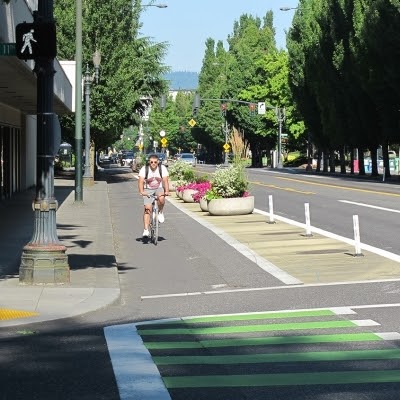 This report presents findings from research evaluating U.S. protected bicycle lanes in terms of their use, perception, benefits, and impacts. The research examined protected bicycle lanes in five cities – Austin, TX; Chicago, IL; Portland, OR; San Francisco, CA; and Washington, D.C. – using video, surveys of intercepted bicyclists and nearby residents, and count data. Support for the protected lanes among residents was generally strong with 75% saying that they would support building more protected bike lanes at other locations, and 91% of surveyed residents agreed with the statement, “I support separating bikes from cars.” This agreement was high among primary users of all modes (driving, walking, transit, and bicycling), though motorists expressed concerns about the impacts of protected lanes on congestion and parking. Most residents also agreed with the statement “I would be more likely to ride a bicycle if motor vehicles and bicycles were physically separated by a barrier,” with “Interested but Concerned” residents expressing the highest level of agreement at 85%. Nearly three times as many residents felt that the protected bike lanes had led to an increase in the desirability of living in their neighborhood, as opposed to a decrease in desirability (43% vs 14%). Read more about the study here or download the final report (PDF). 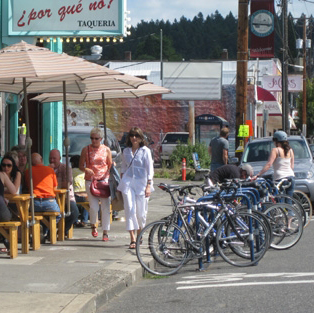 The growing focus on context sensitive solutions and design in roadway planning, increased support for addressing public health objectives through transportation and land use planning, and concerns about oil dependence and global warming all point to a need for planning practitioners to have more knowledge and skills related to pedestrian and bicycle planning. This guidebook is intended to serve as a guide for planners, engineers and elected officials who will be producing a new or updated bicycle and/or pedestrian master plan. Data for this guide was developed from literature review, case study interviews, and input from staff at Alta Planning + Design. This project was supported by TREC, and Alta Planning + Design. Download the Creating Walkable + Bikeable Communities Master Planning Guidebook (PDF). 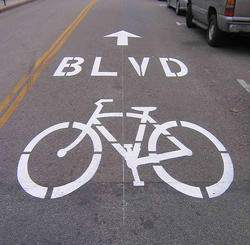 This report is intended to serve as a planning and conceptual design guide for planners, engineers, citizens, advocates, and decision makers who are considering bicycle boulevards in their community. icycle boulevards take the shared roadway bike facility to a new level, creating an attractive, convenient, and comfortable cycling environment that is welcoming to cyclists of all ages and skill levels. In essence, bicycle boulevards are low-volume and low-speed streets that have been optimized for bicycle travel through treatments such as traffic calming and traffic reduction, signage and pavement markings, and intersection crossing treatments. These treatments allow through movements for cyclists while discouraging similar through trips by nonlocal motorized traffic. Data for this guide were developed from literature review, case study interviews, and input from a panel of professional experts. Download the Bicycle Boulevard Planning & Design Guidebook (PDF)