Three Portland State University students from the Maseeh College of Engineering and Computer Science and the Nohad Toulan School of Urban Studies and Planning received 2018 WTS Portland scholarships. Each year, the Portland Chapter of WTS bestows scholarships to assist exceptional women in their educational pursuits in the field of transportation. The scholarships are competitive and based on the applicant’s specific goals, academic achievements, and transportation related activities.

WTS is an international organization that supports women in transportation through professional development, mentorship, leadership training, and so much more to support their advancement in the transportation profession. We're proud to be a local partner with the Portland Chapter of WTS, even more so of these students advancing their transportation careers and the recognition for their achievements so far.

Through our national research center housed here at TREC, the National Institute for Transportation and Communities (NITC...

A new report by Christopher Monsere and Sirisha Kothuri, researchers in Portland State University's department of civil and environmental engineering, found a direct correlation between increased speed limits and an increase in serious crashes in Eastern Oregon. The Oregon Department of Transportation (ODOT) funded the study examining issues related to changes in posted speed limits.

Speed limits on approximately 1,400 miles of highways and interstates in Eastern Oregon were increased by the Oregon legislature effective March 1, 2016. Using four years of data, Monsere, Kothuri and researcher Jason Anderson examined speeds in relation to crash frequency and severity from the year after the speed limits increased compared with the three previous years. On sections where the speed limit was raised to 65 mph for trucks (primarily the interstates), truck-involved crashes more than doubled.

In response to this study, ODOT is already taking some safety measures after PSU’s analysis. Learn more in the East...

Hosted at PSU, selected students will be paired with a PSU faculty mentor (from either the College of Urban and Public Affairs or the Maseeh College of Engineering & Computer Science). The student will carry out research on a transportation project for ten weeks at 40 hours per week. TURF Fellows are provided a $7,500 stipend, but must find and fund their own lodging.

Decisions will be made by March 29, 2019. Contact us at asktrec@pdx.edu with any questions.

Glick, Norton and Wettach-Glosser also won Eisenhower Fellowships last year, making this their second year in a row to earn the prestigious award.

If you missed seeing these students present at TRB, it's not too late to check out their research! You can catch up with them on February 7 at TRB Aftershock, where Portland State students' TRB posters will be on display in the Engineering Building.

Read about other Portland State University research at TRB by checking out our 2019 Highlights.

Each year, Portland State University researchers make a showing at the annual meeting of the Transportation Research Board (TRB), and 2019 so far is living up to expectations. See below for a few highlights from the more than 26 PSU researchers (including 11 students) who are presenting this year in D.C., and follow us on Twitter for live updates. See when & where all PSU researchers will be presenting in our handy guide.

Also, we invite you to a scavenger hunt: Visit PSU poster sessions to collect all of this year's TREC at TRB sticker variants!

As transit agencies modernize their fare payment systems, opportunities to pay with cash diminish. This speeds boarding and lowers the cost of operations, while also creating new sources of ridership data. Arguably, service is improved for riders as well, where payment systems work across modes, and in some cases different transit providers, creating a more seamless and simplified experience. Still, about 15% of adults in the United States are without a bank account or credit card, and many rely on restrictive cell-phone data plans or don’t have access to a smartphone. These shares are even higher for public transit users. As transit fare technologies move further from cash, these digitally-excluded riders will find it more difficult to conveniently pay their transit fares.

In the latest project to be funded under the National... 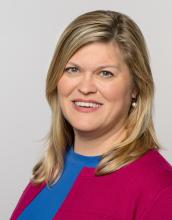 This article was cross-posted from Portland State University news.

The Maseeh College of Engineering and Computer Science at Portland State University is pleased to announce that Professor Kelly Clifton has accepted the position of Associate Dean for Research (ADR). This role will provide leadership for research excellence that supports the mission and vision of the College. The ADR will oversee the research portfolio in the College and will be responsible for growing the College’s funded research portfolio. Dr. Clifton brings much research experience to the position, as well as a career involving interdisciplinary collaboration, development of partnerships, engineering and planning expertise, and more.

Dr. Clifton looks forward to her new role and stated, “As the Associate Dean of Research for MCECS, I am excited to be a part of this next phase of growth and development of the college. I look forward to working with our talented faculty, staff, and students to advance our research enterprise and grow our capacity to engage in scientific exploration and discovery. At MCECS and the larger PSU community, we direct our energies toward activities that aim to make a difference.”

Travis Glick is a PhD student, graduate teaching and research assistant in civil & environmental engineering at Portland State University. He served for two years as president of Students in Transportation Engineering and Planning (STEP), Portland State University's transportation student group. Travis is a 2018 NITC student scholar and two-time Eisenhower fellow, and will be presenting research on bus dwell times, bus-bike conflicts and transit modeling at the 2019 annual meeting of the Transportation Research Board (TRB).

Tell us about yourself?