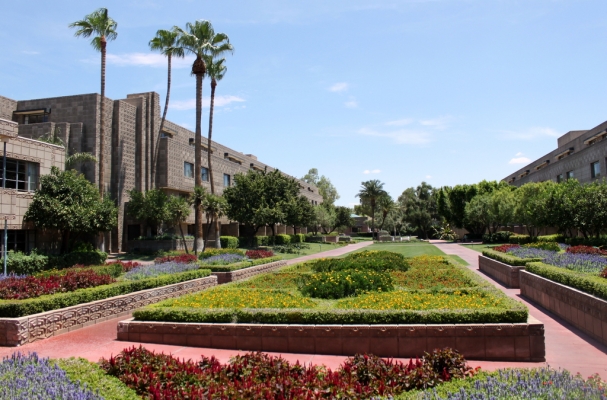 OTREC was well-represented at this year’s Western ITE conference, the 2013 conference for the Western District of the Institute of Transportation Engineers. Eight graduate student researchers presented papers at the conference, which took place July 14 through 17 in Phoenix, Arizona.

The conference was held at the Arizona Biltmore, a 1920’s luxury hotel created by architects Albert Chase McArthur and Frank Lloyd Wright. For the engineering and planning students, the Biltmore held its own attraction as an example of unique architecture, and in between events they enjoyed walking the grounds.

Katherine Bell, a Master’s student whose research interests include planning, modeling and performance measures for freight, gave a presentation on the use of a smart phone application with a GPS device for freight data collection. This was her second time presenting at the...

OTREC at Portland State University is pleased to announce the 2013 OTREC/NITC scholars.

Each year, OTREC and NITC recognize outstanding students, awarding them scholarships to further their work on transportation projects.

This year's scholarship winners tackle a range of projects, including long-range visions on how to improve equity in transportation, plans for proposed facility upgrades at specific locations, investigations into new ways to strengthen pavement, and the development of advanced technologies to assist the flow of transportation in the real world.

Arlie Adkins, a Ph.D. student at Portland State University (PSU), is surveying recent movers to learn that people of low-income households often find it harder to live in areas that are friendly to active transportation: many of the "walkable" neighborhoods are now premium real estate, so accessibility becomes inaccessible.
Dustin Hirata and Kyler Weisenback, seniors in the Computer Engineering Technology Department at the Oregon Institute of Technology (OIT), are developing a software application for the collection of intersection turning movement counts for vehicles, bicycles and pedestrians. Their application will be deployed on...
Read more 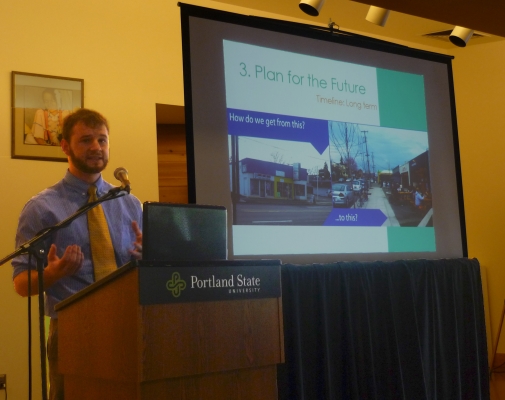 Each year, Portland State University’s MURP, or Master’s of Urban and Regional Planning, program hosts a public presentation to showcase the work of its graduating master’s students. Students who graduate with a Master’s in Urban and Regional Planning spend the last two terms of their program collaborating on workshop projects, completing planning tasks for local clients or business organizations.

This year’s presentations took place on Wednesday, attended by a crowd of about a hundred PSU students, professors, MURP clients and community members. Six groups presented their projects. Some of the projects were transportation-focused, especially one titled "Lombard Re-Imagined."

The challenge facing the group had to do with the many roles that Lombard street plays. The street is both an arterial throughway and a state highway. It is an overdimensional freight route, for trucks that are too big to go anywhere else in North Portland, and it has also been designated as a main street in Metro’s 2040 Growth Concept. The various... 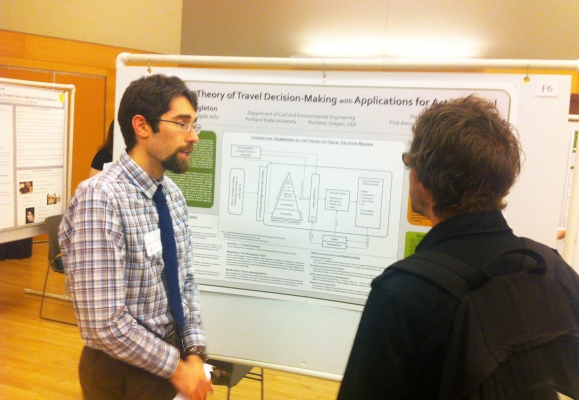 Goddard presented her paper, "Are Bicycling and Walking 'Cool'?: Adolescent Attitutes About Active Travel," in the public health and urban studies session. She'll offer an in-depth take on the same topic at noon May 24 for OTREC's Friday transportation seminar. Click here for more information.

Thompson's poster was "A Study of Bicycle-Signal Compliance Employing Video Footage;" Singleton's poster was "A Theory of Travel Decision-Making: Applications for Active Travel;" Smith's was "The Effects of Mode Choice on Subjective Well-Being: Evidence from Portland, Oregon."

The symposium, which organizers...

The event also allowed students to network and describe their research with practitioners in an informal setting.

More on the event is at the STEP blog here. 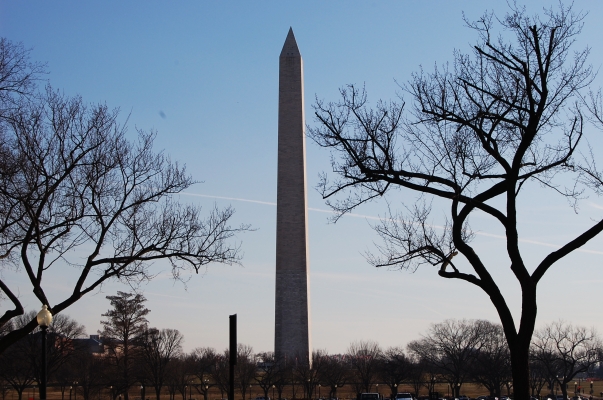 The weeklong conference is the event of the year for transportation researchers across the country and an important opportunity for students and faculty to share research results, learn best practices and network.

Portland State University alone is sending 30 graduate and undergraduate students to the conference. Katherine Bell, a Portland state graduate student, will present research at a freight planning and logistics session on Monday. Bell worked with Miguel Figliozzi of Portland State’s civil and environmental engineering department on an OTREC research project that could mark a sea change in how freight data is collected and used.

Oregon is one of a few states to collect a tax on heavy trucks based on their weight and miles driven. In 2010, The Oregon Department of Transportation started a pilot project to... 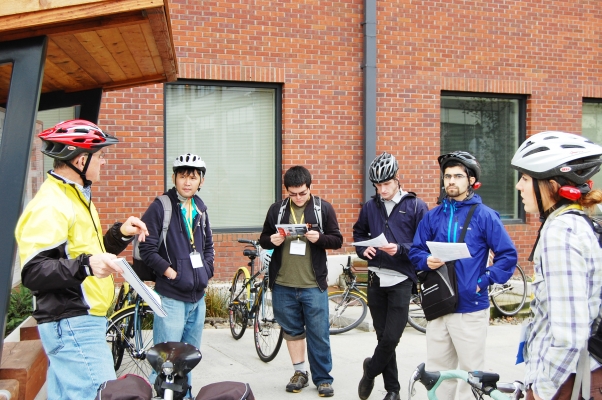 This year’s conference featured student research presentations and a poster session, as well as three afternoon breakout sessions that offered tours of effective transportation engineering examples in the Portland Metro area. Thompson reports a unanimously positive response to the breakout sessions from those tour participants who followed up with her after the conference adjourned.

The conference’s morning keynote was also popular and garnered plenty of student participation in the discussion that followed. “We did things a little differently for the keynote presentation this year,” Thompson said. The presentation featured a panel of notable transportation professionals from the Portland area who each discussed their respective entries into the transportation field as well as the joys and challenges of the work. 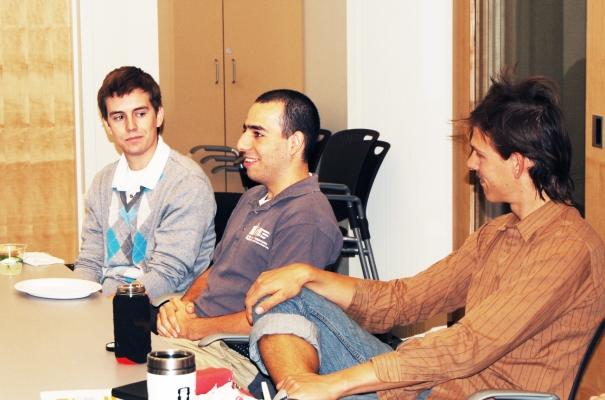 While the annual Region X Student Transportation Conference in November always attracts students from across the northwest, this year’s conference pulled some from much farther south: Pomona, Calif.

The conference is a showcase for student transportation research in the Pacific Northwest (Federal Region X), which includes Washington, Oregon, Idaho, and Alaska. Region X serves as a microcosm of transportation for the entire country, making it a prime testing ground for studies in transportation operations and planning.

The conference was sponsored by OTREC and hosted this year by Students in Transportation Engineering and Planning (STEP), the Portland State University Student Chapter of ITE.

When professor Xudong Jia of Cal Poly Pomona learned about the conference, he was determined that his students would find a way to attend. With the support of OTREC, Cal Poly Pomona sent five students to the conference, a mix of undergraduate and graduate students in civil and transportation engineering.  The students were interested in both the research and tours, as well as gleaning tips for how to organize a student-led conference: something the Cal Poly students will be doing when they host the TransModal Connection Conference in February in San Louis Obispo.

In addition to visiting the Western Federal Lands Materials lab in Vancouver, Wash., the team competed in the Oregon Section ITE William C. Kloos Traffic Bowl. Though a transportation mishap left them... 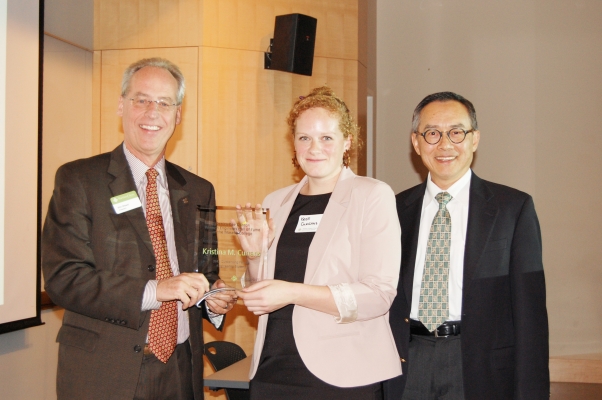 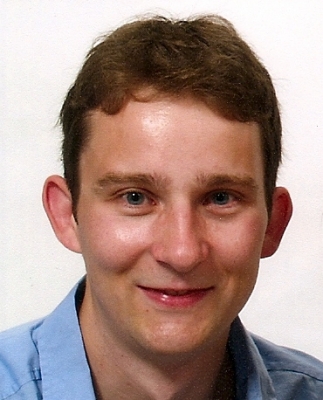 Internships are vital to connecting students with real-world practitioners and applying what they learn in the classroom. For student Stefan Bussey, this real-world experience was gained through working with the Signals, Street Lighting, and ITS Division at the Portland Bureau of Transportation. His assignment during his internship was to evaluate the pedestrian delay at 47 pedestrian crosswalk signals (also known as half-signals) across the city of Portland.

He assisted in reviewing and modifying the signal timing at half-signals to make them more responsive to pedestrians. The changes he helped implement resulted in an overall 25.3% reduction in maximum pedestrian delay for the signals adjusted. The reduction in pedestrian delay at these crossings may help to increase foot trips and higher rates of pedestrian compliance. When asked about his experience working at the city of Portland, Stefan said, “What I got most out of the internship was a better understanding of how to time signalized intersections to better serve non-motorized modes of transportation while maintaining an acceptable level of service for motorized vehicles.” From the employer perspective, Peter Koonce expressed, “The internship was a great example of a student having a positive impact on the surrounding community by solving a real world problem. The City of Portland is fortunate to have the partnerships in place to have PSU work collaboratively to improve the sustainability of the...